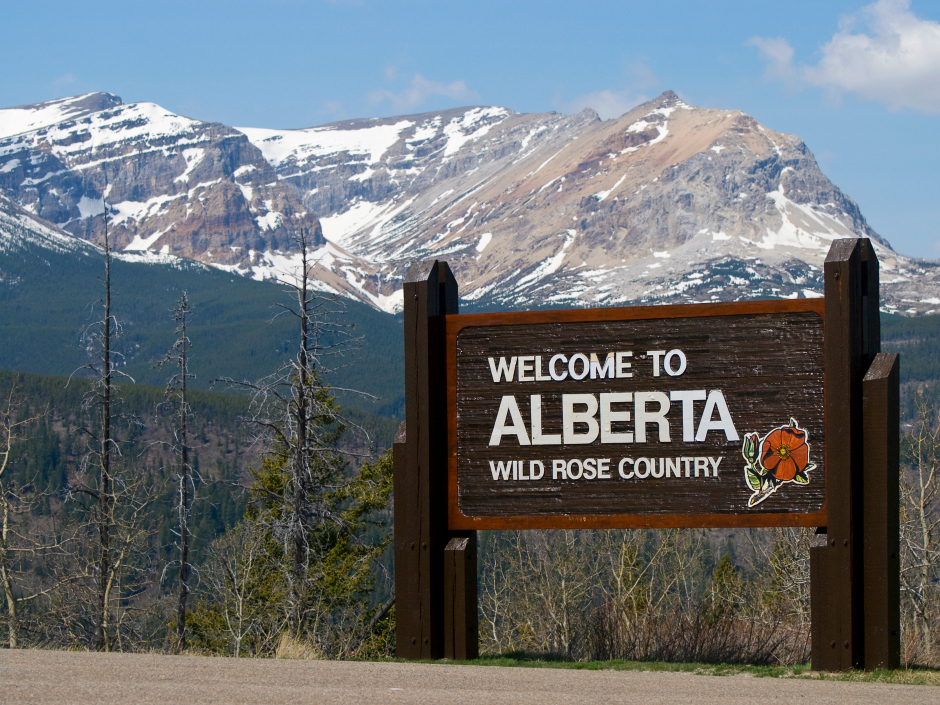 A land of freedom and beauty, named for love 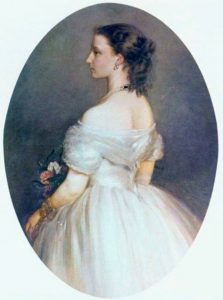 The Province of Alberta is named after Princess Louise Caroline Alberta, the fourth daughter of Queen Victoria and wife of the Marquis of Lorne, Canada’s Governor General from 1878-1883. In 1881, the Governor General and Princess Louise visited Canada’s North-West Territories, which had been ceded to Canada by the Hudson’s Bay Company in 1870. In 1882, the North-West Territories was divided into four districts: Assiniboia, Athabasca, Saskatchewan and Alberta.

The District of Alberta was named by the Marquis of Lorne. The inspiration for the name is found in a verse the Marquis dedicated to his wife.

“In token for the love which thou has Shown
For this wild land of freedom, I have Named
A Province vast, and for its beauty Famed,
By thy dear name to be hereafter Known.
Alberta shall it be!” 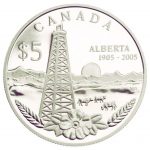 The Royal Canadian Mint (RCM) today unveiled a new commemorative circulation 25-cent coin celebrating Alberta’s centennial. The design features Alberta’s renowned landscape, which received the most votes by Canadians through a popular vote held earlier this year. The coin, designed by Calgary-based artist Michelle Grant, was introduced into circulation at a public event at Fort Edmonton Park, where the people of Alberta were invited to exchange a coin for the new 2005 Alberta Centennial 25-cent coin.

The vote marks the first time in the RCM’s almost one hundred year history that the public has participated in the selection of a coin design. Mrs. Grant’s design received 7,955 of the total 26,536 votes cast. Mrs. Grant submitted one of the four final designs to commemorate the province’s centennial.

The Mint will produce up to 20 million commemorative circulation 25-cent coins. Starting today, Alberta residents will be able to obtain the coin at any one of the 210 Credit Union branches in Alberta, as well as at any of the 149 branches and 131 agencies of the ATB Financial. Across Canada, Canadians can look for the coin in their change. 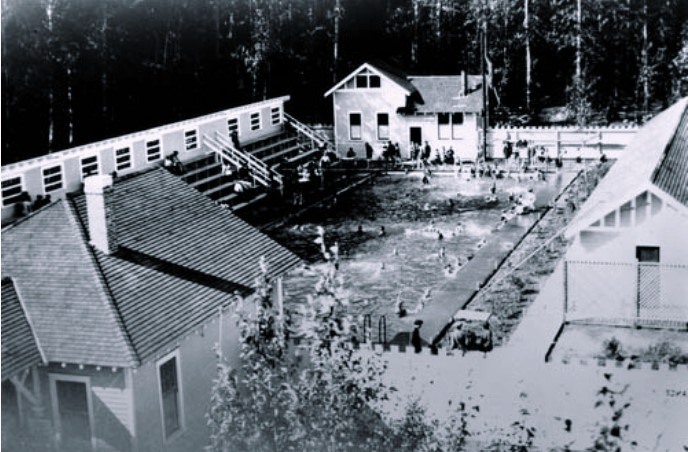 On August 2, 1922, the hottest day in 20 years, Edmonton Mayor D. M. Duggan opened the South Side Pool, saying that nothing during his term of office gave him greater pleasure. A swimming pool had been needed for many years because of the many drownings in the North Saskatchewan River, he said.

Edmontonians celebrated the opening with swimming races and novelty events: apple and bucket races for boys; balloon races for girls; the ladies swam in nightcaps carrying candles and the men were expected to swim a pool length in their street clothes.

The pool was on the south side of the North Saskatchewan River in what was Riverside Park, and is now Queen Elizabeth Park. The Edmonton Bulletin reported:

“It is delightfully situated in what is generally recognized as the city’s most beautiful park. The bath looked very inviting for the deep green of the water gave back reflections of the surrounding trees and conjured up images of sweet water nymphs disporting in forest recesses.”

Over the next 82 years, the pool continued to be loved because of its beautiful location. It was the first municipal swimming pool in Western Canada and was so popular that the city built the West End Pool and Borden Pool in 1924.

By the 1935, attendance at Edmonton’s three pools totaled 115,079. Many were children. Free swimming lessons were started in 1933 and continued, except for the war years, until 2003. In 1939, the pool was renamed Queen Elizabeth Pool in honor of the royal visit.

Attendance at the pool continued to grow, boosted by post war optimism. In 1951, the city updated the change rooms, rebuilt the tank, and provided covered bleachers. This was the last major renovation done on the pool.

During the sixties, a legend started at Queen E. when Don and Gwen Smith took their eight children to swim there. Four of the Smith children: George, Sue, Graham and Becky went on to compete in the Olympic games, and the other four swam at a national level.

In 1983, the operation of the pool was contracted out, by the city, to Harold Weissenborn, a former lifeguard. In 1991 the Friends of Queen E. Pool Society was formed. Its members dedicated to restore, renovate or replace the pool. Due to a leak, the pool was closed in August 2003, and the city is now considering plans to rebuild it on the same location.

Despite the wear and tear of aging, the Queen Elizabeth Pool continues to draw thousands of swimmers and supporters from every ward of the city. It has a unique sense of location, beauty and history that should not be forgotten.

Halloween is all about spook and it has a lot to do with Canada. Wel, it does not mean that Alberta is a spooky place. Again we all use the phrase trick or treat and do not know the origin of it. The fact is that origin is really not known to anyone. The use of the phase was first of all done in Blackie Alberta. Since inception, the phase has gained mass popularity and today Halloween is not complete without this phase. In 1927 this phase was published in a local newspaper of the province. It is one of the best things which have been attributed to the province and an honor which can never be quashed.

Now, this fact is all but associated with another great fact. The Wood Buffalo National Park is the longest Beaver Dam in Canada. It was built in 1975 and nobody knew the fact about the place until 2007. Kudos to Google Maps that made this happen and the dam was spotted to be the largest. The Three Forks Montana was wrongly credited as the world’s largest beaver dam until 2007. Wood Buffalo beat the record and proved the fact that Canada is still best than many countries of the world including the USA.

Do you want cowboy hat?

If you do then there is an oath which is associated with this which everyone has to take. If you have visited Calgary and have known to be nice to the neighbors and the people you come across then al you get is a white cowboy hat. The oath also takes the promise that the word of hospitality will be spread to people met or come across in life.